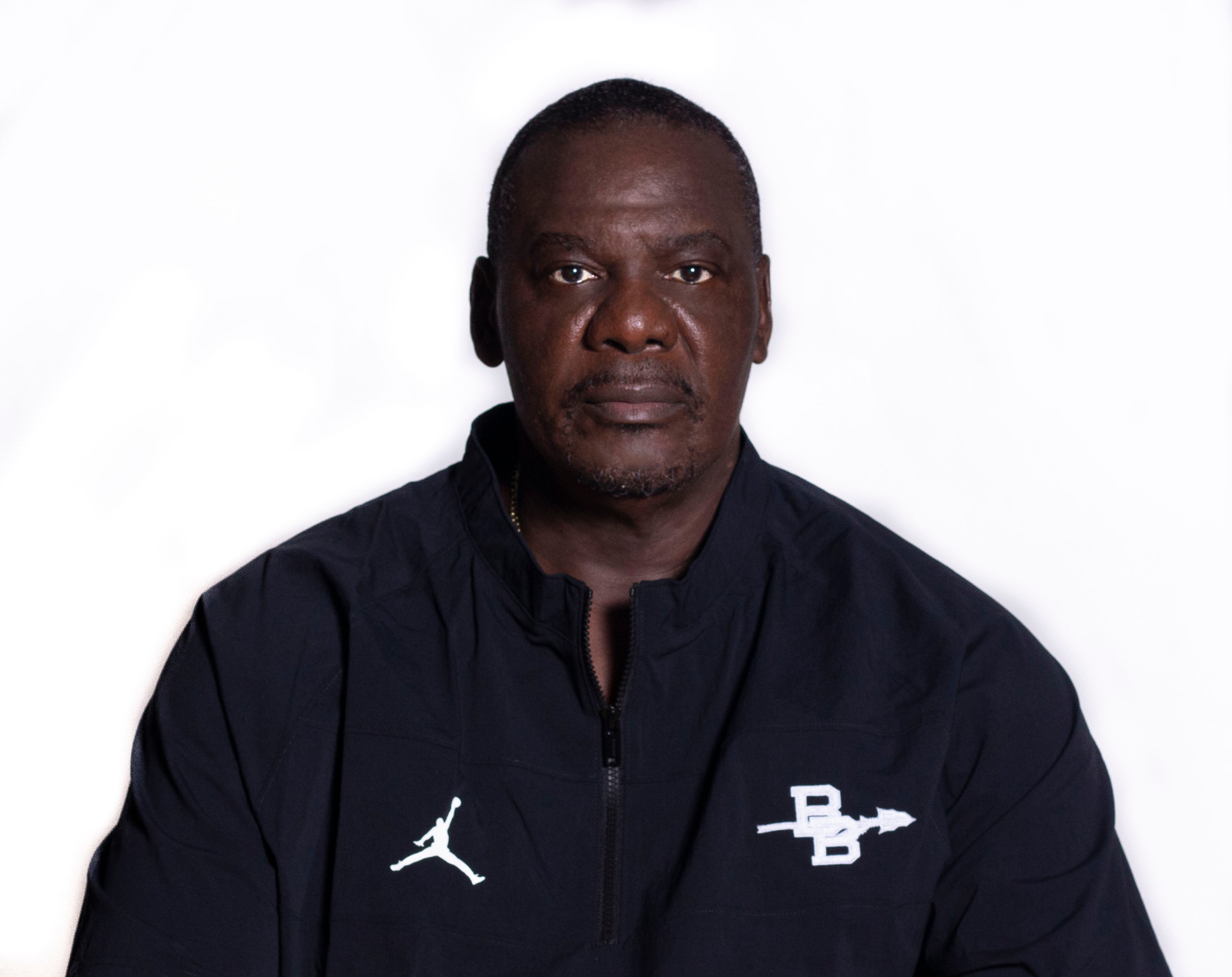 Coach Glynn Darby was born in Cope, South Carolina to Joe and Gladys Darby. He has five brothers (Harry, George, Thomas, Wille and John), six sisters’ (Jessie, Estell, Hattie, Diana, Linda, and Deloise), five sister-n-laws, and four brother-n- laws and a host of nephews and nieces. He has four sons, one of which tragically passed away.  Coach Darby enjoys spending time with all of  his grandchildren. He attended Orangeburg County schools. Coach Darby is currently a Physical Education teacher and Drivers Education teacher at Bethune- Bowman High School in the Orangeburg County School District. He has been in education and coaching for over forty years. He has coached and taught at various Schools in South Carolina.  In addition to teaching, he is also a Certified Commercial Drivers and Public High School Drivers Instructor.

Glynn is, an alumna of Edisto High class of 1976. He is a member of South State University class of 1980, where he received his Bachelors of Science Degree in Heath and Physical Education.  Coach Darby also has a Masters Degree from Lesley University. He was a position coach on the State Championship team at Hunter Kinard Tyler High School in 2014.  In 2019, Coach Darby returned back to Bethune-Bowman High School, for his second stint as head coach, where he led the program to its first region championship since 1995. He has also coached two Region girls’ basketball championship teams at Bethune-Bowman.  Glynn serves as Co-Athletic Director, Head Football Coach and Head Boys Track Coach. He has been a part of The Bethune -Bowman family, off and on for the past fourteen years. Within this time, he has enjoyed much success.

He believes to have a successful team, the team must cooperate along with his signature concept: “The 4Ds”! Dedication, Determination, Desire, and Discipline. His team’s motto is “Losers make excuses, Champions make Arrangements!” Coach Darby truly believes that you are a student first and an athlete second.  With this attitude our athletes will remain on top and will one day meet their goal of winning a State Championship.